Aphids: Small in Size, Many in Number

Aphids are small, sap-sucking insects. Some of them feed on more than one type of plant— for example, apple grass aphids feed on young new leaves and blossoms of apples until the beginning of summer when they migrate to oats, grasses and reeds for the rest of the season. Others feed on just one food source, like the lime leaf aphid, which feeds only on limes. Many different species exist, impacting a huge range of broad-leaf trees and shrubs.

Aphids reproduce asexually and their populations can grow quickly to an unmanageable size.

Aphid reproduction is mainly asexual. Most aphids seen on plants are females that are capable of giving birth to live young. As summer temperatures increase, young aphids mature in approximately one week, resulting in a rapid rise in population when conditions are favourable. Their reproductive potential is so great that it has been calculated that a single aphid could produce approximately ten million aphids after 10 days of summer breeding. 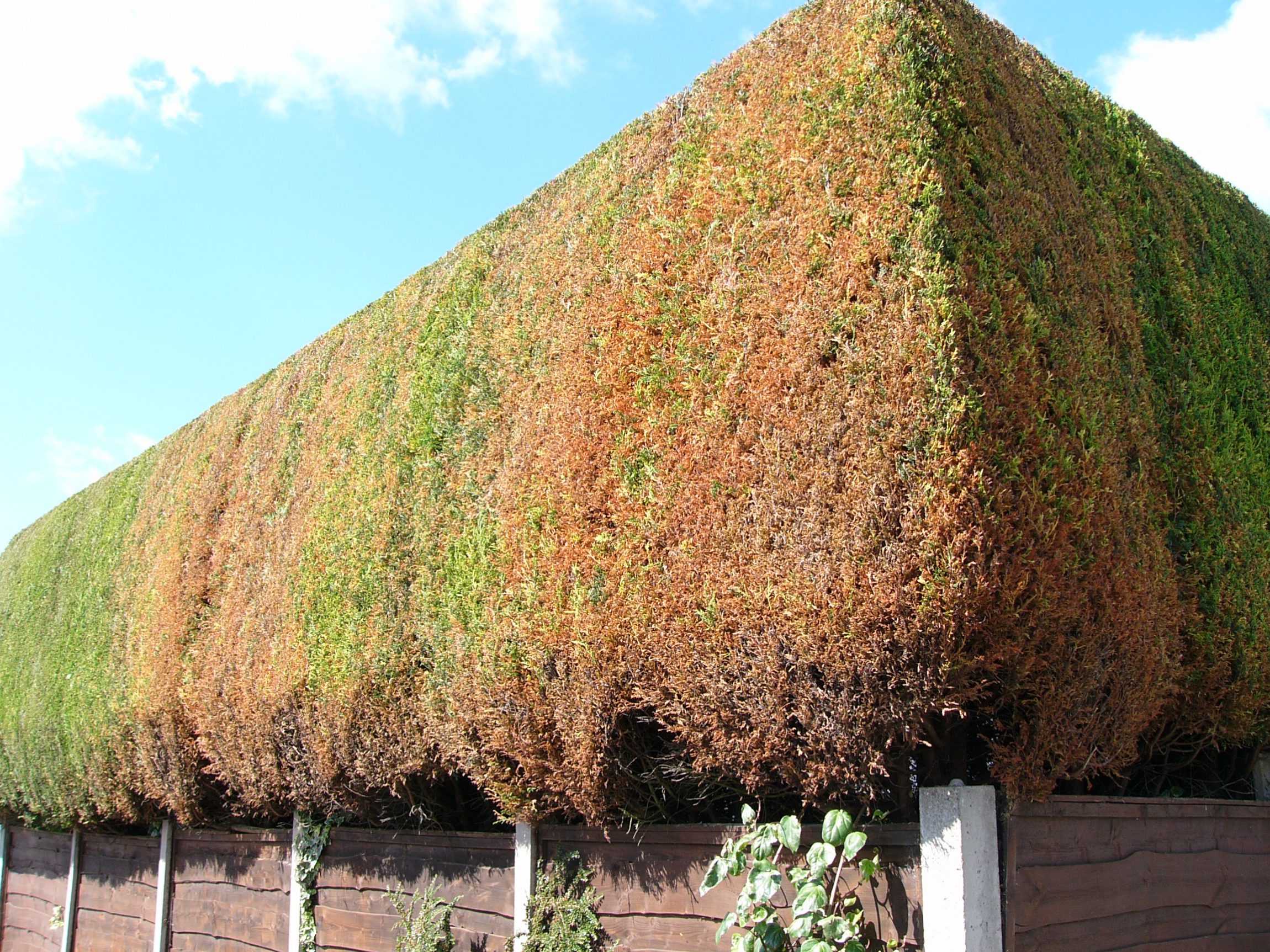 Browning damage on a hedge from cypress aphids.

Aphid damage to trees results from the effects of the insect’s feeding upon young tissue, which weakens and distorts new growth. Secondary effects result from fouling of the leaves and stems with honeydew, which encourages the growth of a fungus known as sooty mould. Transmission of viruses carried from diseased to healthy plants via the aphids’ stylets and their saliva is also an issue.

Arborists should make a careful examination of trees for the first signs of damage and determine a course of treatment based on the individual needs of each case. Winter washes on dormant trees during December and January may also be helpful. Proper timing and selection of materials used will make treatment of aphids most effective.