Oystershell scale (Lepidosaphes ulmi) belongs to a group of insects called the armored scales. The “armor,” is produced by a waxy secretion combined with the insect’s own body cast during each molt. This protective outer layer helps shield the oystershell scale from natural predators. 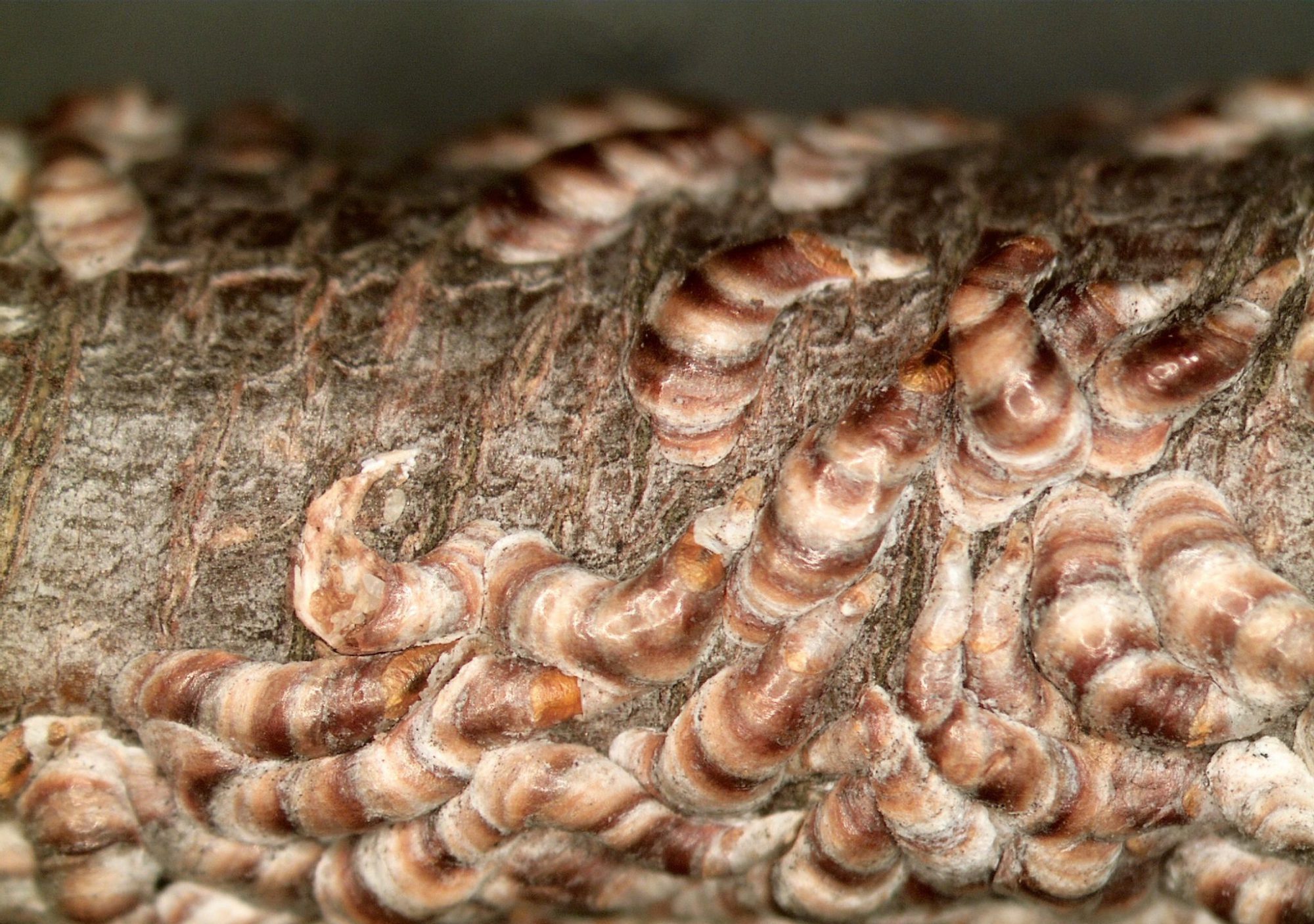 Oystershell scales are so named because their shape resembles small oysters. These insects feed on a variety of plants, including maples, redbuds, serviceberry, oaks, hawthorns, poplar, lilacs, willows and many others. During heavy infestations of oystershell scales, they can cause mortality of shrubs and large portions of trees. The immature stage—called crawlers—typically appears between May and June, which is the best time to control this insect before heavy damage occurs.

Keeping plants sufficiently healthy, hydrated and mulched, and being careful not to over-fertilize, is the best protection against infestation. Monitoring to identify scales early and treating appropriately will provide the best opportunity to prevent damage from occurring.