Reducing the Likelihood of Oak Decline

Oak is one of the most common tree species in the northern hemisphere. Often seen as a symbol of strength and wisdom, oaks are well-known for their longevity and adaptability. However, even these venerable giants are not immune to the stresses of time and temperature. Recent years have brought extreme shifts in soil moisture conditions, a proliferation of root diseases, and wood-boring insect infestations to the oak populations in many geographic regions. The result of these combined stress factors has been an observable increase in the decline of oak species.

Changing soil moisture conditions, a proliferation of root diseases and wood boring insect infestations are some of the factors that contribute to oak decline.

A species decline like this occurs when widespread conditions (like drought or excess soil moisture) stress a population of trees, leaving those trees weak and susceptible to damaging insects and disease. Since declines typically result from a set of complex factors interacting over time, early signs of an issue often go unnoticed. Unfortunately, once decline has progressed, it is particularly difficult to reverse, especially for mature trees. 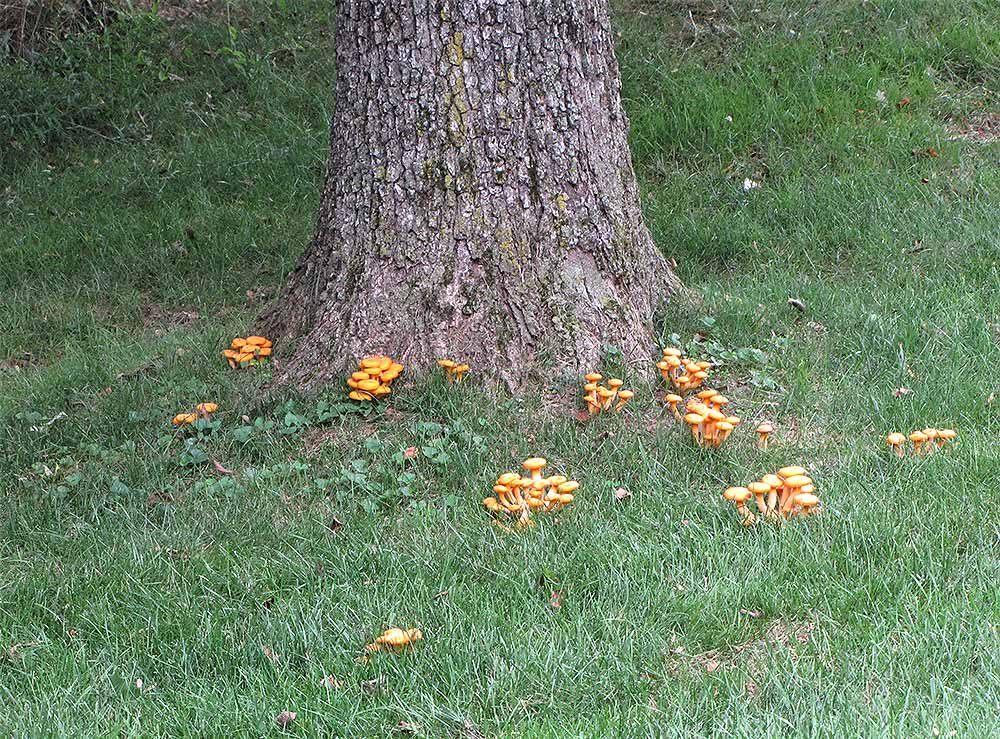 Oak trees under stress are a target for a number of insect and disease problems. Phytophthora root rot and Armillaria root rot disease are commonly seen on trees where waterlogged conditions occur. Armillaria can also be found after periods of drought. Regional problems may also contribute to the death of oak trees with well-established diseases existing in nearly all geographies.

Further, when oaks become stressed, they release chemical compounds that attract wood-boring insects. Tunneling and feeding activity under the bark results in fatal, internal damage. Common to oak are the black stem borer, ambrosia beetle, two-lined chestnut borer, and red oak borer. Though defoliating insects such as gypsy moth or winter moth are not as devastating as borers, these insects can also pose serious health issues for trees already in decline. 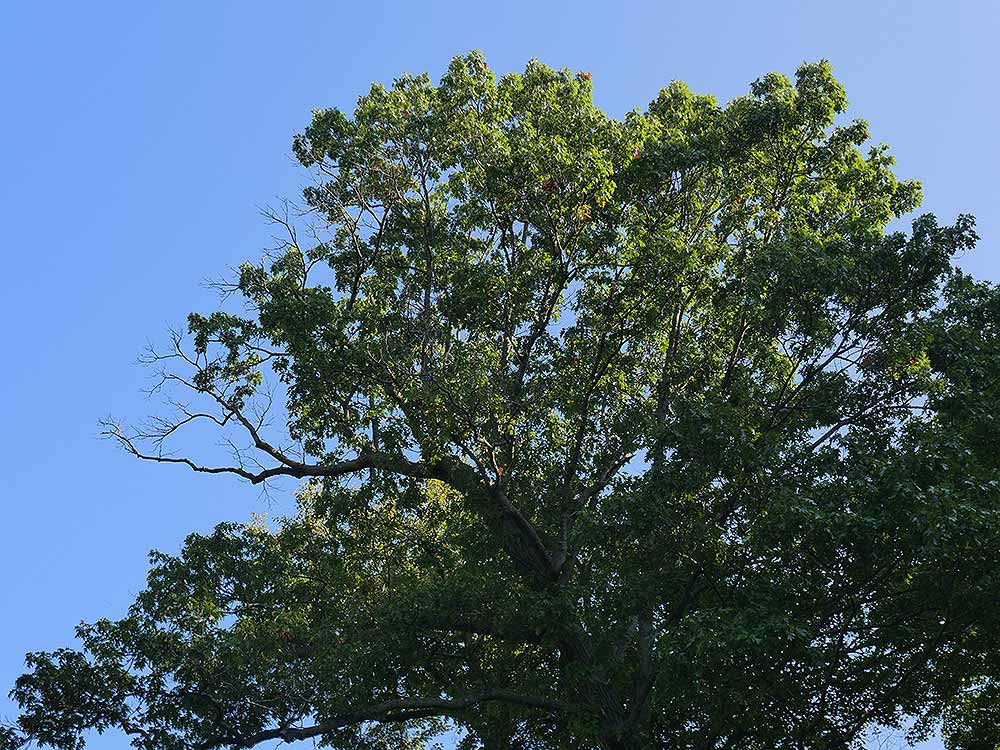 Dieback in the crown of the tree, early fall color, and yellowing, browning or sparse foliage are indicators of an oak in distress.

Encouraging overall plant health is the best way to prevent a tree from succumbing to decline. For landscape trees, the first step is soil testing and analysis to identify plant needs. Fertilization and soil amendments based on this testing should be combined with cultural practices including mulching and proper irrigation to aid in recovery and reduce the likelihood of decline. In areas where flooding or drought have occurred, preventative insect and disease treatments are also important to help fend off serious infestations.