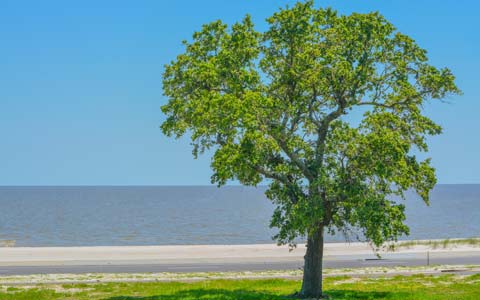 Prevent your elm tree from rapid decline and death due to disease. Knowing how to identify and treat elm tree diseases will help you keep them healthy and thriving.

72tree.com assembled the following elm tree disease information, symptoms, and what treatments can help you save them from decline and death.

The following are some of the more common diseases that affect elm trees (Ulmus) and the treatments used to stop them from killing the trees.

This disease was introduced to the U.S. in the 1930s and has since decimated the American elm (Ulmus americana) population. All native elms and European elms are susceptible, and the disease, 90 years later, still poses a significant threat.

Dutch elm disease is caused by two closely related fungi species (Ophiostoma ulmi and Ophiostoma novo-ulmi), the latter being responsible for most of the disease’s devastation. This fungus species attacks the elm’s vascular system. The tree, in turn, tries to stop the spread of the fungus by producing tyloses (plug-like structures) that block the flow of water and nutrients, contributing to the tree’s demise.

• The first symptom in infected trees usually appears as a small yellow or brown wilting area of foliage referred to as “flagging,” often starting at the edge of the crown.

• Brown streaking in sapwood (revealed by removing the bark or by cutting a cross-section of the dying branch).

This disease advances very fast. Depending on the health of the tree and time of infection, Dutch elm disease can lead a healthy adult elm tree to its death in a single growing season. 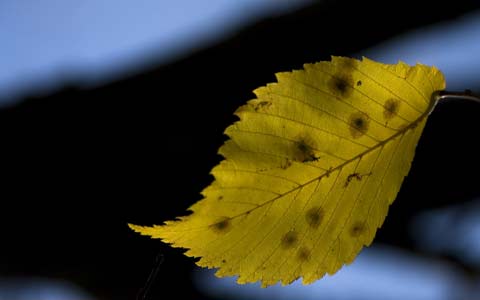 • Sterilize all pruning and maintenance equipment and materials after contact with infected trees.
• Create bait trees by treating them with cacodylic acid, killing the tree, and luring the fungus carrying beetles (this method suppresses brood production, making the beetle more manageable).

• Apply anti-fungal sprays to areas where infected trees are or have been.

Note: If Dutch elm disease is caught early enough, extensive pruning may save the tree.

Multiple DED-resistant American elms and hybrid elm species are currently available and being developed. Some disease-resistant cultivars include: 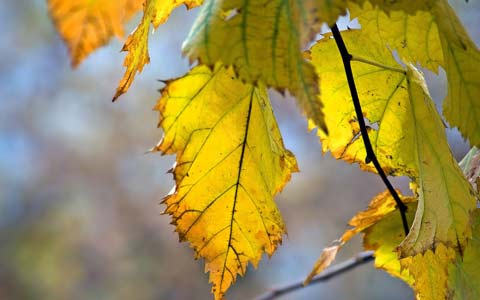 Elm yellows is an aggressive disease affecting elm trees that is spread via root grafts or leafhoppers. Also known as elm phloem necrosis, the disease is fast-moving, has no cure, and occurs principally in the eastern United States and southern Ontario.

This disease is caused by phytoplasmas that infect the tree’s phloem (inner bark). This infection quickly kills the tree’s phloem, girdling the tree and stopping its flow of water and nutrients.

• The phytoplasma infection kills the phloem (causing it to change color and take on a wintergreen-like smell.

• The crown will turn yellow and droop all at once.

• Leaf drop and death of branches.

Inner bark tissue discoloration may occur in branches, twigs, and the trunk on DED infected trees, where discoloration caused by elm yellows is more commonly found in the trunk.

Elm yellows symptoms can appear any time during the summer but are most common in mid-to late-summer.

• There is no cure for this disease. Once a tree exhibits signs of elm yellows, it is highly recommended to remove and destroy the tree. Thus, eliminating inoculum sources from the area.

• Control or management of phloem-feeding insects like leafhoppers and spittlebugs.

• Apply anti-fungal sprays to areas where infected trees are or have been.

Plant Asian and European elm species in areas where elm yellows is present. These cultivars exhibit resistance to this disease.

As elm trees age, the damage inflicted by butt and root rot fungi can severely compromise their structural stability. Failure eventually occurs during strong winds or severe weather, often without warning, resulting in severe property or physical damage. Root and butt rot can be caused by one of many wood-decaying fungal pathogens, but one of the more commonly occurring in elm trees is Laetiporus sulphureus.

• Clusters of yellow to salmon to orange, shelf-like fruiting structures (conks) that turn white with age form in summer or autumn months on the trunk near the ground and fall off during the winter.

• The conk’s underside has tiny pores in which millions of spores are formed.

• New conks form in the following summer and autumn months. The bark where the fruiting structures form will be slightly depressed and often cracked. Root and butt rot fungi damage may only be exposed when trees suffer windthrow or windsnap during strong winds or severe weather. In some cases, Root and butt rot symptoms are present but provide little to no information on the depth of decay in the roots and lower trunk.

• Root rot, in nearly all instances, is a case for immediate tree removal. Especially when fruiting structures are present at the trunk base or on the root flare.

• Hire an ISA certified arborist to evaluate the infected tree and recommend a course of action.

Note: Tree root diseases can be best controlled by preventive measures. When planting new elm trees, select disease-resistant cultivars, only plant in well-drained soil, and avoid overwatering. Chemicals, like chloropicrin or methyl bromide, don’t cure the disease but can reduce the level of the infection. Such fumigants work best when applied in and around the base of an infected tree or in the hole left behind after tree removal.

What is Killing My Elm Trees?

In this article, you discovered information on some of the more deadly elm tree diseases, the signs they display, and how to treat or control them.

Knowing how to recognize and treat elm tree diseases can help you catch and treat a disease early enough to potentially save your tree.

Ignoring the signs of a diseased elm tree can result in catastrophic damages when that tree falls on your home or causes personal injuries.

This article was first published on: http://www.72tree.com/elm-tree-diseases-symptoms-and-treatments/